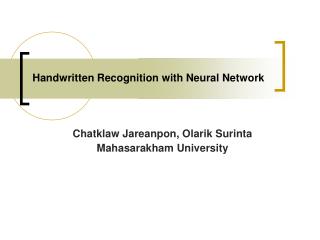 Neural Network - . biological systems are able to react adaptively to changes in their external and internal environment,

Artificial Neural Networks - . what can they do? how do they work? what might we use them for it our project? why are