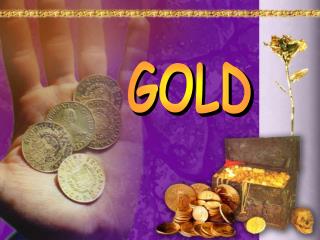 GOLD. In this lesson you will. learn what is gold and what its qualities are. learn what makes gold so desirable. discover where and how to find gold. find out what the uses of gold are. be exposed to ancient civilizations. You will become a gold hunter! . You will also.