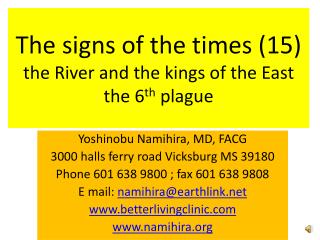 CLOSTRIDIUM DIFFICILE: THE NEW HOSPITAL PLAGUE? - . why is control of this diarrhea-causing disease more important now

SYMPTOMS AND SIGNS CAUSED BY NEURAL PLASTICITY - . signs and symptoms of disorders. not everything can be seen on mri or