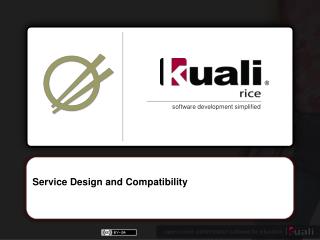 ADEQUACY AND COMPATIBILITY - . david walter, chair. no matter how you look at it. by title. adequacy and compatibility.

Compatibility - . created using ithoughts [...]. compatibility. this topic has some foreign (to me) characters (and a

Service Development and design - . for a good service idea to succeed, it is important to focus on development, design