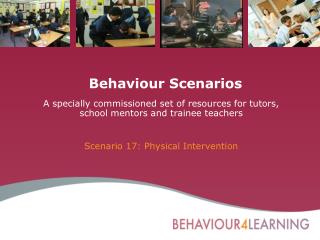 Cross-cultural Encounters - . scenarios we need to be able to interact effectively with people from other cultures. these

Support Children and young people’s positive behaviour - . tda 2.9. tonight we will. revisit the role of the t.a. in

Research Methods - . investigating behaviour . what will l be doing in this unit?. the research process . is psychology

CHANGING AND RETURNING eWIC BENEFITS - . rev. 1/4/2012. 1. introduction . this powerpoint presents the steps for