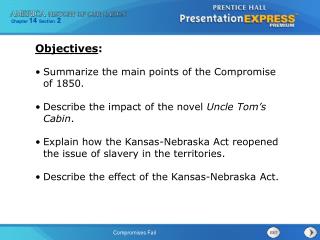 Tale of the Tape: The Challengers - . pit stop. what were the crittenden amendments this state seceded first who was the

MAIN POINTS TO TAKE AWAY: #1 - Peeling back the layers of the “i” from a neuropsychological perspective october 19 th

by Daniel Quinn - Ishmael. by daniel quinn. leavers and takers. background. society/culture made you part of the myth it