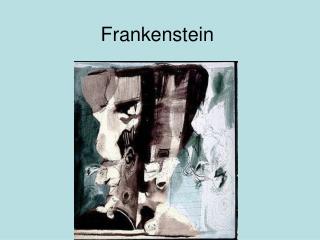 Frankenstein. Major Themes and Areas of Exploration in Frankenstien. The male pursuance of goals against all odds The role of women as passive and dependent on men The usurpation of female reproductive power by science Frankenstein - . “the modern prometheus”. journal write. what do you think of when you hear the word

Frankenstein - . tuesday, october 27, 2009 sat question of the day: the following sentence contains either a single error

Frankenstein - Chapter xii. frankenstein. chapter xii p. 77. the creature tell of the contrast of the caring nature of

Frankenstein - By alex, kassie , and robert.

Frankenstein - . looking at character types , setting and the presentation of the ‘female’ in frankenstein exploring

Frankenstein - . part one. averse. opposed, disinclined, or loath people are commonly observed to be “risk averse” in

FRANKENSTEIN - . by mary shelley. who was mary shelley?. born in 1797 to 2 leading intellectuals: mary wollstonecraft