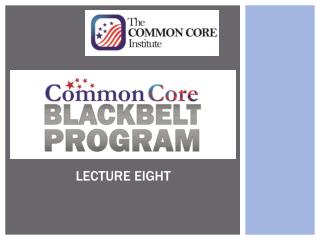 Lecture eight - . dar al arqam and negotiations with the muslims. who won? sumayyah or abu jahl ?. who won, the muslims

Lecture Eight - . marx: last of the classicals. classical theory of value. smith, ricardo, both accepted that price of a

CS420 lecture eight Greedy Algorithms - . going from a to g. starting with a full tank, we can drive 350 miles before we