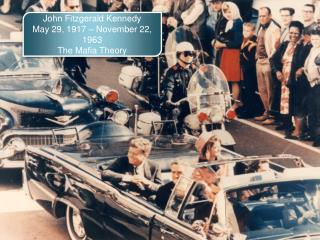 John F. Kennedy and the Politics of Expectation - . with his new frontier program, kennedy promised to “get america

Neil Armstrong - . “ i believe that this nation should commit itself to achieving the goal, before this decade is out,

John Daltons Atomic Theory - . all matter is composed of small particles called atoms all atoms of a given element are a

Theory of Automata - . text and reference material. introduction to computer theory , by daniel i. cohen, john wiley and

John Locke’s Natural Law: as Interpreted in the American Founding and Early American Judiciary, 1690 through 1810