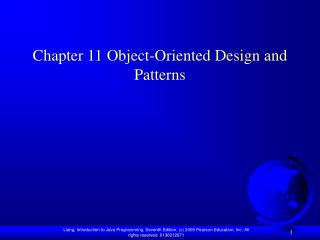 Design Patterns in Java Chapter 23 Strategy - . summary prepared by kirk scott. in general, a single strategy might be

Patterns for the People - Presented at agile on the beach (6th september 2012) apparently, everyone knows about