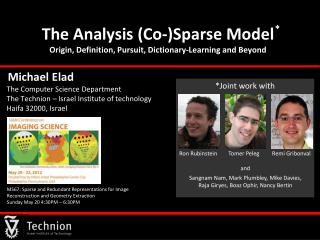 Recent Trends in Signal Representations - And their role in image processing. michael elad the cs department the