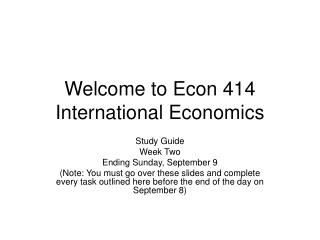 Welcome to Econ 414 International Economics Study Guide Week Two Ending Sunday, September 9 (Note: You must go over these slides and complete every task outlined here before the end of the day on September 8)