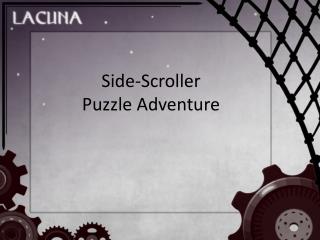 Side-Scroller Puzzle Adventure Characters Rotius & Ærus Prologue In a hospital room, Rotius walks to his dying wife’s bedside and holds her hand. Prologue Rotius wanders through his house, which is now on a planet-ship he calls The Glass Sea.

5. Endogenous right hand side variables - . 5.1 the problem of endogeneity bias 5.2 the basic idea underlying the use of

TEST 9 REVIEW - . mrs. chustz—biology ii the nervous system. a) left side b) right side c ) both left and right side d)

Side Channels in Cryptography - . debdeep mukhopadhyay dept of computer sc and engg iit madras. outline of the talk. what

Fiscal Policy - . key concepts summary. ©2005 south-western college publishing. what does this chapter cover?. you will

DBT and Christianity - . side by side parallels: corollaries &amp; comparisons of christian values &amp; concepts

THE COUNTRYSIDE CODE - . countryside code. outlines the minimum rules that should be obeyed to care for the countryside

Fiscal Policy - Key concepts summary ©2005 south-western college publishing what does this chapter cover? you will