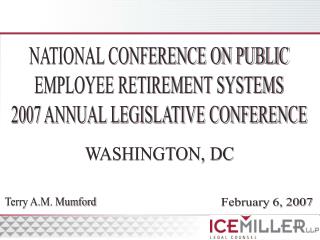 The Arc of California August 2012 - . “ the arc is the nations oldest and largest association for people with

KENYA 2007/08 BUDGET LEGISLATIVE CHANGES PERTINENT TO BUSINESS PEOPLE AND INVESTORS - . presentation to members of the

Update on SC Retirement Systems - . may 7, 2012 tammy b. nichols. about the retirement systems. five defined benefit

Michigan Biomaterials Conference - . the role of education, research, and technology in a michigan biomaterials

The Legislative Process in Texas January 2013 - . participating in the legislative process. there are a number of ways