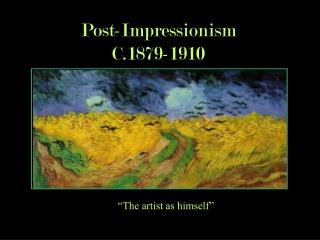 Post-Impressionism C.1879-1910 “The artist as himself” Impressionists held their last show in 1874- had gained wide acceptance (Monet was made a chevalier of the Legion of Honor by the French Government) No longer a pioneering movement “Post-Impressionism” doesn’t explain much!

APPENDIX B FOUR-POST VERTICAL EXCITATION TEST - . four-post vertical excitation test. this tutorial teaches you how to

Tamhane's post-hoc test - . if more than two groups are analyzed, the one-way anova does not specifically indicate,

History and Methods of Post-Keynesian Macroeconomics - . marc lavoie university of ottawa. outline. 1a. we set