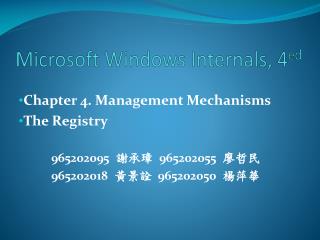 Microsoft Toolkit 2.6.6 Windows and Office Activator - Is one of the best powerful activators for windows and office

An Operating System Made for E-commerce --On Windows 2000 Advanced Server’s Enterprise-Readiness - . a presentation for

Chapter 14: Windows and applets - . java provides cross-platform window facilities in java 1, this has been done by awt

Tutorial 14 Mastering the Windows Registry - . objectives. learn about the role and importance of the registry create a