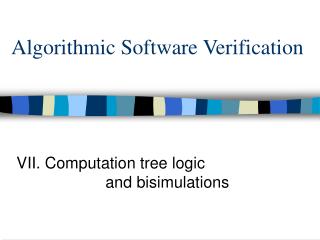 Email Verification Software - If you are interested in our real time email verification api software, you can come and

SMT and Its Application in Software Verification - . yu-fang chen iis, academia sinica based on the slides of barrett,