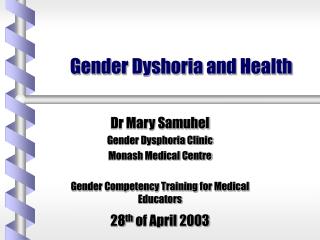 Gender Dysphoria - . definitions. sex-your chromosomal make up as either a boy or a girl, also based on your genitalia.