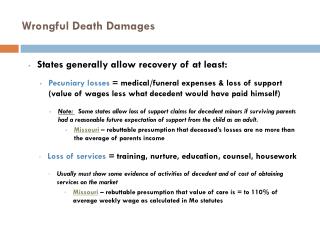 What Does â€œWrongful Deathâ€ Really Mean? - After losing a loved one, you may feel quite lost yourself. in Find A Personal Injury Lawyer - If you think that you have already suffered enough and want to choose a personal lawyer,

The Law of Tort - . tort. the law of tort is almost entirely based on case law, although there is legislation which

THE LIABILITY OF AIRLINES FOR DAMAGE TO THIRD PARTIES ON THE GROUND IN THE RISK SOCIETY - . george leloudas solicitor

Who Is Using My Scaffold And Why Am I Being Sued? - . an overview of the changing indemnity laws and effective use of

Managing Fatigue - . training program for supervisors and gas controllers. managing fatigue. for the employee what is