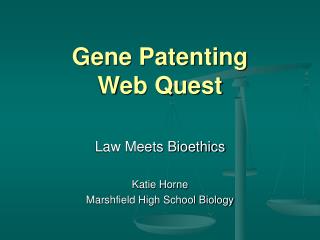 Chapter 4 Molecular Cloning Methods - . introduction the significance of gene cloning. to elucidate the structure and

Axolotl Quest - . by james and kathryn. . (tip) you should probably read

Welcome to CODE quest 2008! - . congratulations to all who have passed the ophthalmic coding specialist exam. ms.

Gene Regulation Section 12–5 - . this section explains how some genes in prokaryotes and eukaryotes are controlled.