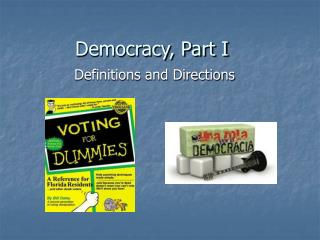 Democracy, Part I. Definitions and Directions. Defining Democracy: Your own ideas. What are the essential characteristics of democracy?. Sources:. Robert Dahl, Polyarchy (1971) and On Democracy (1998)