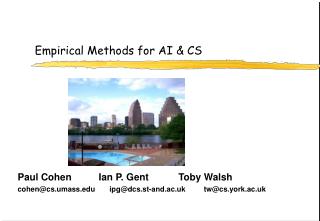 Multi-Modal Visualization Methods - . the use of haptics, graphics, and sonification to better interpret

Numerical Methods - . numerical methods are techniques by with mathematical problems are formulated so that they can be