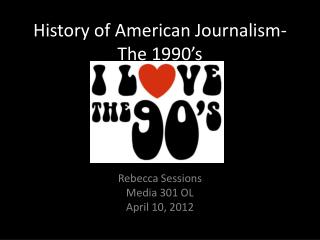 History of American Journalism- The 1990’s

History of American Journalism- The 1990’s

African American History from the Civil War to the Present - . dr. liz bryant. the end of reconstruction…. african