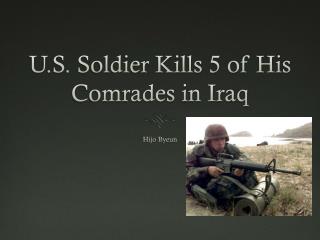 Islamic State: a chronology - The militant islamist group that has seized swaths of iraq and syria has its roots in the

Taking back Iraq - As u.s.-led offensives drive back islamic state in iraq, efforts to stabilize liberated areas are

Every dark cloud has a silver lining, but lightning kills hundreds of people each year who are trying to find it.

Going to Iraq - . why. in august 1990, saddam hussein sent his military in to kuwait. the purpose, erase kuwait from the

A Mother’s Grief - . “seven weeks feel like seven days and seven years, all at the same time.” “and then there is