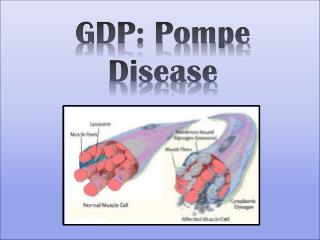 GDP: Pompe Disease. What is Pompe Disease? What does it look like?. http://www.fightpompe.com/about/21/about-juan. http://pompestory.blogspot.com/2009/04/joannes-cassianus-pompe-1901-1945.html. THREE TYPES, but general model: . Symptoms Early onset Cardiac and respiratory infections/failure

10-10-11 Glycogen Metabolism - . glycogen metabolism is carefully regulated so that sufficient glucose is available for HIRSCHSPRUNG'S DISEASE congenital megacolon - . hirschsprung’s disease is the most common cause of lower intestinal