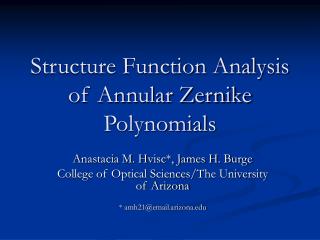 Zernike Polynomials and Their Use in Describing the Wavefront Aberrations of the Human Eye - . psych 221/ee362 applied