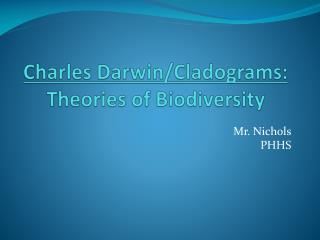 1. Natural Selection Summarized : - . darwin’s theory suggests that in a species: a. there is a tendency towards

9. Evolution Theories - . essential question: how does the evidence of geology, fossils, and comparative anatomy support

Darwin’s Voyage of Discovery - . by: sandy gómez. who was charles darwin?. born in england geologist naturalist

Charles Darwin and Natural Selection - In the 19th century, a man called charles darwin , a biologist from england, set

Charles Darwin and Natural Selection - . an idea that would change the world. introduction. charles darwin developed his

Darwin’s Theory - . what was darwin’s hypothesis. in 1831, the british ship hms beagle set sail from england on a 5