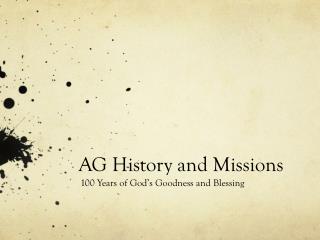 FFA Then and Now - . ffa mission. ffa makes a positive difference in the lives of students by developing their potential

Background: Missionaries - . a missionary is a member of a religious group sent into an area to do service such as

5.1 Missions - . la salle legacy. spanish officials learned of la salle's fort in texas soon after it was built. they

FFA History - . what is the ffa?. the ffa is a dynamic youth organization within agriculture education that prepares

Objective: Summarize the events that have shaped Agricultural Education and FFA - Your ffa program. objective: summarize

FFA History - . introduction to agriculture. student learning objectives. explain how, when, and why the ffa was