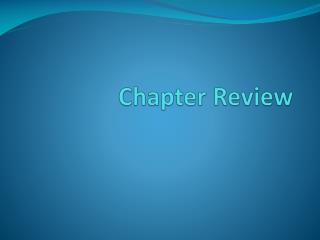 Chapter Review. A. Identifying parts of speech. In each of the following sentences, identify the italicized word or word groups as a noun, adjective, verb, adverb, conjunction, preposition, or interjection. Review Chapter - . weerawattk.wordpress.com. read each of the following in words. 38. thirty-eight. -72. negative

Chapter Review - . 6 th grade. what were the effects of original sin?. ** it separated humans from god and gave us a