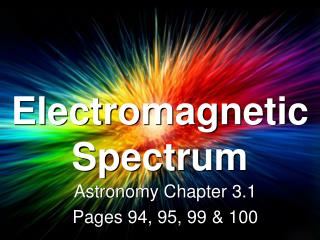 What is Electromagnetic radiation? - . any type of radiation where light is adsorbed or emitted aka radiant energy

Ch – 33 Electromagnetic Induction - . reading quiz – ch. 33. 1. currents circulate in a piece of metal that is