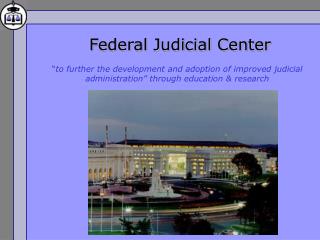 Federal Judicial Center - . “ to further the development and adoption of improved judicial administration” through

The Federal Judicial S ystem - . supreme court and its role in our government. today’s learning goals. students will be

The Nature and Structure of the Federal Judicial System - . the nature of the judicial system. introduction: two types of

Judicial Activism vs Judicial Review - . as you come in…. create a political cartoon or comic strip of the case marbury