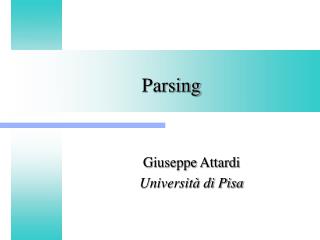 Chapter 4: Syntax Analysis - . csci 465. objectives. parser and its role in the design of compiler techniques used to

All About Binds - . thomas kyte. it’s. all about binds. agenda. performance is it just about sharing sql (or is this