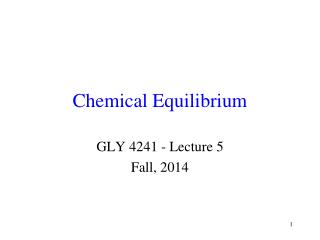 Chapter 4 Chemical Equilibrium - . dynamical equilibrium. concept introduced by a. w. williamson in 1851 during a study

Chemical Equilibrium - . the reversibility of reactions. equilibrium. many chemical reactions do not go to completion.

Figures and Tables - . chapter 2 equilibrium and efficiency. figures and tables. an edgeworth box. preferences and