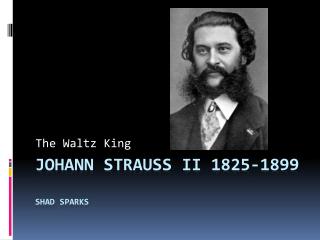 Strauss vs. Strauss - . two of the german world's greatest composers. we should clarify a few things first. not all

Sparks - If your non-profit organization would like to send us information for posting on our community bulletin board,

Sparks - . reading a short story. nicknames. what is the difference between a nickname and a pet name? what is

SparkS - We heard you. sparks. facts. the average quality/quantity of technical projects from bits – not too good

Shad Valley Entrepreneurship - . brainstorming / mission statement/ innovation. what i learned from my parents.

Mr. Sparks - . embedding videos into powerpoint. where can i dl videos?. go to my webpage ovsd webpage  staff search