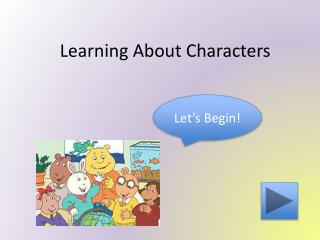 BLENDED LEARNING - . „… because people are no single-method learners !“. overview. what is blended learning?

The Erne from the Coast written by: T. O. Beachcroft - Characters. harry~a 13 year-old boy that has very yellow hair and

Unforgettable First Lines - . personal favorites (and new ones i found researching for this powerpoint). you can't judge