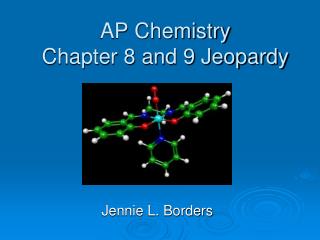 Chemistry Chapter 11 - . writing chemical equations . in a chemical reaction, one or more substances (the reactants)

Chemistry - . module 1. about chemistry. chemistry is the scientific study of matter , including its properties, its

Chapter 22 Chemistry of The NonMetals - . descriptive chemistry of the elements is consistent with the various principles