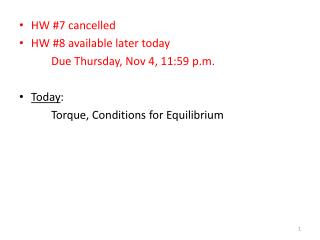 Outline for Today - . objectives: to define the process and thread abstractions . to briefly introduce mechanisms for

Outline for Today - . objectives: to introduce the critical section problem . to learn how to reason about the

Ever think to yourself, “Do I need to go to class today?” - . have you ever not wanted to do homework when you got