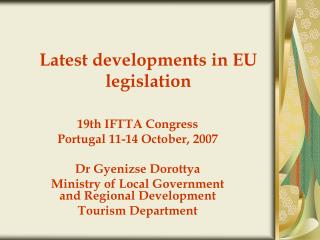 EU-LEGISLATION - . law regulation: must be accepted in member countries as such; can only be officially translated.

Legislation SR + EU - . act no. 15/2005 on the protection of species of wild fauna and flora b y regulating trade