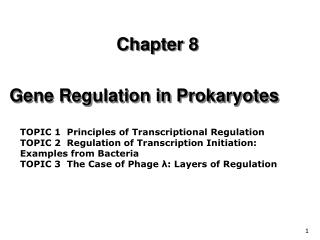 Biology Assessment Items - . biology content. how are prokaryotes different from eukaryotes? a. prokaryotes can make

Chapter 14: Mendel and the Gene Idea - . phenotypic features of organisms are characters ; each can have a variety of

Chapter 15 Principles of metabolic regulation: Glucose and glycogen - . 15.1 the metabolism of glycogen in animals 15.2