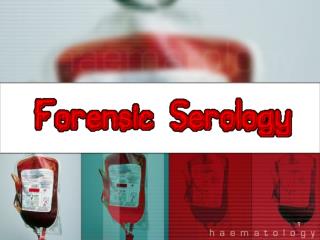 WHAT IS IT?. Forensic Serology. Serology - is the scientific study of blood serum . Purposes: Medical or Forensic Blood samples can change the entire case