Which part of your life might include a period of learning? - PowerPoint PPT Presentation 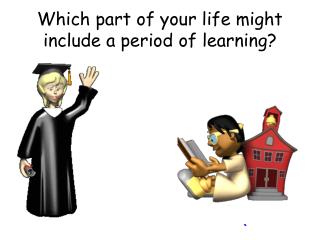 Which part of your life might include a period of learning?

Which part of your life might include a period of learning? 15 Gifts For The Lover In Your Life - You need to prepare yourself even in the event that you will require a locksmith.

Life science review - . by: sydney george. 1. draw and label a diagram of the water cycle. be sure to include its source

Diet through life - . extension. learning objectives. to recognise the different key stages in life. to understand why

Chapter 4 Family Life Cycle - . sharing their story. xenia powell had lanz while attending university. she says he is her

The Heian Period - . learning target: i can identify why the heian period has been called the “golden age of japan”.

PERSONAL PROJECT - . an introduction. role of the personal

Ch. 1 Learning About Children - . children the early years by celia anita decker. 1. students will be able to. list

The Great Depression - . grade 6. essential understanding/ learning objective:. the great depression was a period in time

The Life Cycle of a Butterfly A WebQuest for First Grade: Butterflies Designed by Nicole Hebert - . introduction welcome

Life Cycle of a Rice Plant - . by miharu furuta. introduction. m any people use rice daily, without knowing the difficult

Lifelong and Life-Wide Learning: How Do We Understand and ‘Measure’ It? - . stephen reder portland state university.