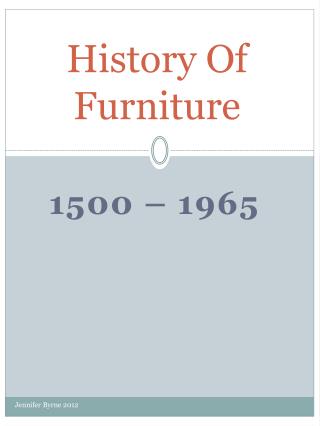 Door Furniture – A History Of Brass Polishes - It was a great success, replacing the previous abrasive paste cleaners,

INDE 131 HISTORY OF FURNITURE 20 TH CENTURY - . the revolt against mass

Furniture of expression - If you still have not explored an amazing world of bean bags chairs, you are a lucky person,

A Complete History of the Most Loved Furniture Bean Bag Chair - Comfortable, durable, and easy to clean: these three

Features of Amish Furniture - Amish furniture developers are known for their strong wood decorations. for more

Why Rent Furniture Instead Of Buying New Furniture? - With the recent growth of sharing economy, more and more people are