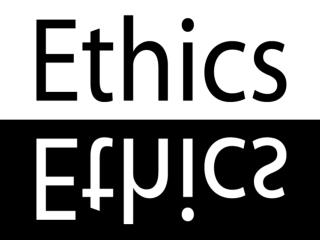 What are Ethics?. Ethics are the moral principals that govern the conduct of individuals and organizations. The moral basis we use to resolve dilemmas. Ethics is not about laws. Journalists must always conduct themselves ethically. Elements of Ethics. 1. Accuracy 2. Credibility Learning Pan 6 What Are My Ethics? My Personal Code of Ethics

What is Ethics - . what is ethics? 1. the sociologist raymond baumhart asked business people, &quot;what does ethics

What are “ethics?” - . “standards of moral behavior or professional conduct” to act in an ethical fashion is to

The Ethics of Attack Research: What Are the Rules? - . robert e. kraut carnegie mellon university. hypothermia

Work Ethics- What kind of employee are you? - . by stephanie carter social worker. objectives. pre-test. what is work

What are Ethics? - . ethics : the moral standards by which people judge behavior. ethics can be summarized by the

What is virtue ethics? - . virtue theory is different from these approaches it concentrates on the idea of the human

What are Ethics? - . a system of moral principles right vs wrong moral duties and obligations so that our behavior at

What Is Ethics? - . ethics is the set of moral principles by which people conduct themselves personally, socially, or

What are business ethics? - . how we behave as individuals how we organise our business and manage relationships within

Introduction to Ethics Lecture 4 What is Ethics? - . by david kelsey. ethics. ethics : the systematic investigation into

ISSUES ABOUT ETHICS IN RETAILING WHAT IS ETHICS? - . this is a set of rules for human moral behavior. for retailers they

What are a journalist’s ethics? - . accuracy – as much as humanly possibly, a journalist must be accurate. how can

What is ethics? Ethics are moral guidelines which govern good behaviour - So behaving ethically is doing what is morally

What are the Ethics of Research? - . research and sociology. code of ethics. canadian sociology and anthropology

What is Ethics? - “the primary aim of ethics is to determine how one ought to live and what actions one ought to do in

What is business ethics

What are Ethics? - . a system of moral principles right vs wrong moral duties and obligations so that our behavior at

What is Environmental Ethics? - . learning objectives to be able to:- present presentations and discuss one current