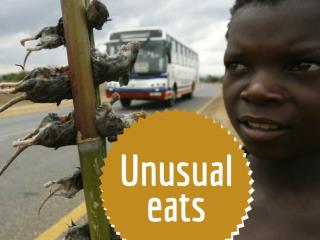 Meals considered delicacies to some and questionable to others. Uber Eats - Eatzilla is the best online food ordering and delivery script available for everyone in the market. it is

Healthy Eats - Felt recipes were quick and easy to prepare. were willing to try them ... with other programs. 30 second

What Eats What? - . discover “what eats what” in a simplified marine ecosystem see the feeding interactions among

Late night eats - . further adventures in the hood. check out the

Pitter Pat Eats - . a children’s daycare restaurant by jamie belanger . what is pitter pat eats. solution to the

Unusual Buildings - . some architects must have been one toke over the line speakers on for mexican shuffle by herb

Unusual Words - . by will r. machiavellianism . the view that politics is incorrect mach·i·a·vel·li·an.