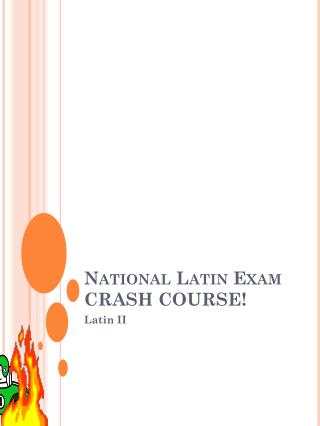 National Latin Exam CRASH COURSE!. Latin II. NOUNS. All the declensions! All the cases! Nominative Genitive Dative Accusative Ablative You know all those! BUT There are a couple of new uses you need to learn. The ABLATIVE ABSOLUTE. Milite vulnerātō , nemo me custodiēbat .

The Great Depression - . the crash of 1929 financial panic causes of the great depression consequences of the crash the

FATAL CRASH INVESTIGATION - . instructional goal. the purpose of this instruction is to reinforce the responsibilities of