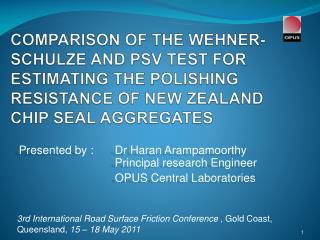 Presented by Dr. John Draper - . grandson, son . . . mother and grandmothers were teachers, mom was an assistant

Presented By: Dan Borchardt P.E. M.ASCE – Civil Engineer - What is engineering? how does it affect the lives of

Dr. James Ring Mr. Neil Haran - . overview. background and introduction to the project the limerick story so far what