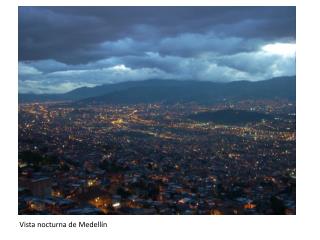 Vista nocturna de Medellín. Since 2003 I have been involved in educative projects with different groups of people, including children, teenagers, adults, students, artists or just people interested in the projects. I have work in different institutions as well as independent projects.

Vista Migration without Irritation Confronting your Vista Fears - . name, title. it’s not a matter of if , it’s a