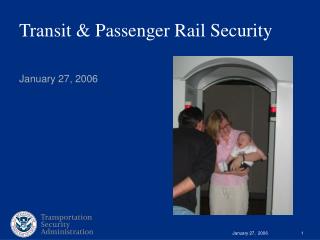 TRANSIT PERFORMANCE REVIEW - . balancing transit service with travel demand and available resources. what is the

PLACEMENT OF TRANSIT FACILITIES IN THE RIGHT-OF-WAY - . board of county commissioners public hearing march 25, 2014.

Transit Vulnerability Assessment - . the threat is real. transit around the world has been targeted by terrorist. transit

Northern California Private Security Guards - Outstanding solutions for a variety of security needs! agp is one of the