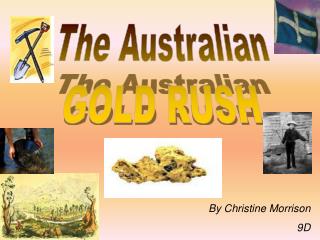 GOLD RUSH - . in early 1848, flecks of gold found in sacramento california. those who seeked gold were caled

Gold in United States - . gold in north carolina. the first gold rush in the united states occurred a few years after its

California Gold Rush - . how did the gold rush affect california?. gold. who found it? where and when was it found? how

The Gold Rush - . by: arianna berhorst. key people. james w. marshall- was hired to build a sawmill for john sutter. he

MLDY--Quincy - . danheller.com. white fang— the heroic dog in the jack london novel by the same name set in the 1898

The Gold Rush - An Introduction - . mr. trotter year 9 history. when?. in 1851, edward hargraves found gold. the rush was

Klondike Gold Rush - . the klondike gold rush effected the lives of many people across the world. many people came to