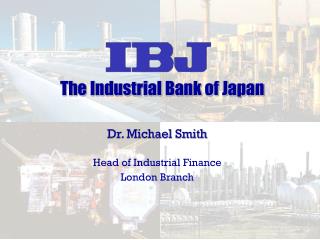 Dr. Michael Smith Head of Industrial Finance London Branch Overview of IBJ IBJ is one of the world’s leading financial institutions. As at 31st March 1999 banking assets amounted to over $383 Billion. IBJ ranks globally among the largest banks in the world (by assets).

PwC - . a business of. the bp-pwc partnership. rpc. working together. february 2002. introduction and overview of pwc